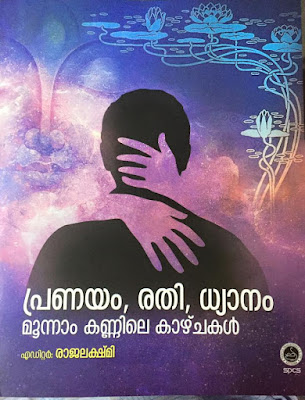 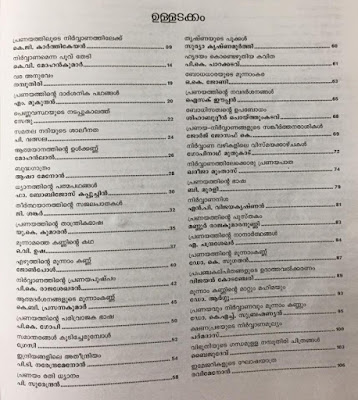 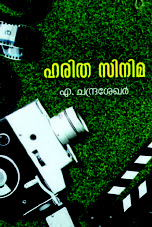 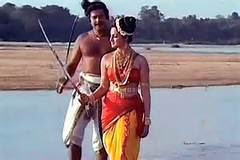 Article written by B Sreejan in the New Indian Express Expresso supplement on 20th August 2008 about A.Chandrasekhar’s Bodhatheerangalil Kalam Midikkumbol

Journalist and critic A Chandrasekhar’s new book offers a profound insight into the part-tyrannical, part-romantic hold of time on filmmakers
Book

Can camera Freeze time? Or  does it depict time as such? The book  ‘Bodhatheerangalil Kalam Midikkumbol’ (When time ticks on the shores of Consciousness) by journalist and film critic A.Chandrasekhar  is a sincere effort to study the relevance and influence of time in cinema and television.
‘Time has been an enigma to man from the day when he began the process of thinking,’ observes the author in the sixth chapter of the book. In 10 chapters , he tries his best to untie the compled knots that time had tied around cinema, television ad films and above all around our thought process. The book deals with the classics from around the world.
The best feature of the book is the pain undertaken by the author to patiently dissect a number if major films and identify the influence of time and consideration of time in the realisation of a film project. Comparisons linking the master cinematographers and the present day realities in television and cinema are beautifully woven into the book/
In the first chapter while speaking about time slots, Chandrasekhar brings Tarkovsky into the scene. nIt was the Russian master who perceived cinema as a sculpture chiseled out of time. Referring to the excellence in the editing of ad films, he observes that “the grammar of ad films is a tribute to Takovsky. Here, editing is becoming a juggle with time”.
The author cites ‘Hiroshima Mon Amour’ by Allen Rene as an example of how a film can manipulate time. ‘the director throws away time as pieces in this movie. The unique way of realizing this film has made it the first step towards modernization,’ he observes. Italian film ‘Life is Beautiful has been cited as the best example of a movie that had used time in a romantic manner.
Like the subject it handles, the book offers a little complex reading. But with a right mix of film, television, FM radio and extracts from screenplays, the author tries to ease the effort of readers. An amateur cover that may dissuade the reader from opening it is the only notable hitch of the book
B Sreejan
Posted by A.Chandrasekhar at 5:42 pm No comments: 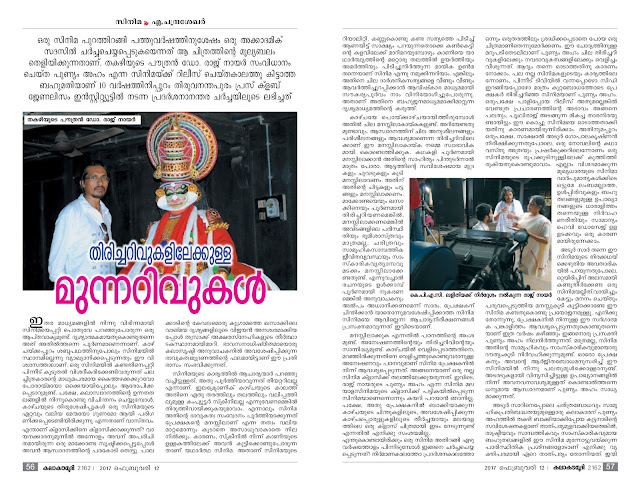 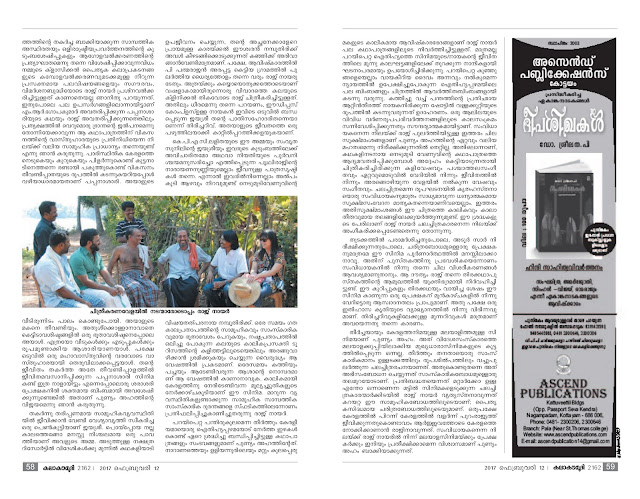 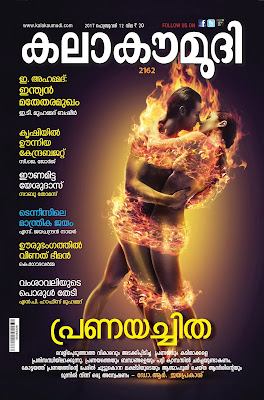